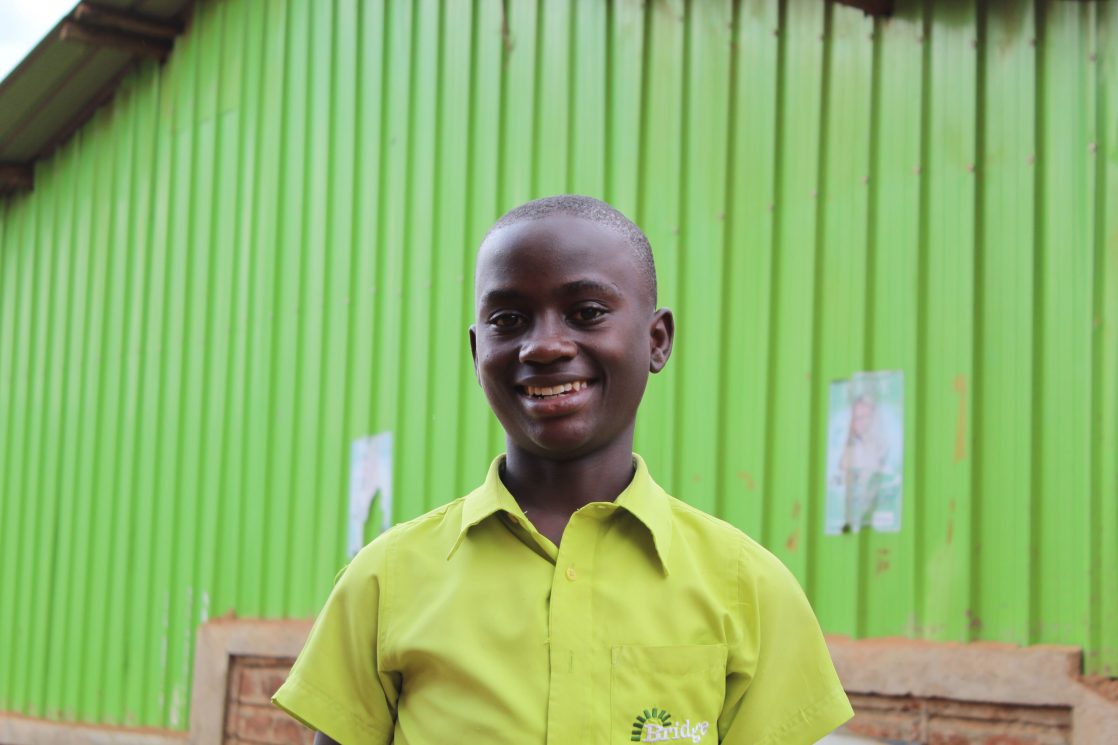 Akram Mubangizi, is a confident 13-year-old pupil from Bridge, Nansana which is in Wakiso district in Uganda’s central region. He joined Bridge school in 2016.

Akram is happy. He sat the national Primary Leaving Exam (PLE) in 2019 and scored 10 aggregate, a mark which put his score in division 1, the best division possible, ranking him among the country’s highest performing pupils.

Akram says he joined Bridge because it provided better education compared to his former school: “There are skilled teachers who help me understand what I learn in class.”

The best thing about going to school according to him, is to discover new things. He says, “I did not know about things like the skeletal system but now I do.” His favourite subject is science and he wants to become a doctor in the future.

He stays near the school and does not have to walk a long distance to attend his lessons.

Akram lives with his mother who is a teacher and explains that he has responsibilities at home especially when his mother is not around.

I do the chores whenever mum is away. I make sure that the house is clean and the food is prepared.

At school, he was a Bridge Ambassador and his responsibility was to make his school proud. He is always talking to his friends in the community about Bridge.

On how Bridge has changed his life, Akram says he has learnt a lot of new things and importantly “I have learnt how to set goals, which my teachers supported me with. It is good to have goals.”