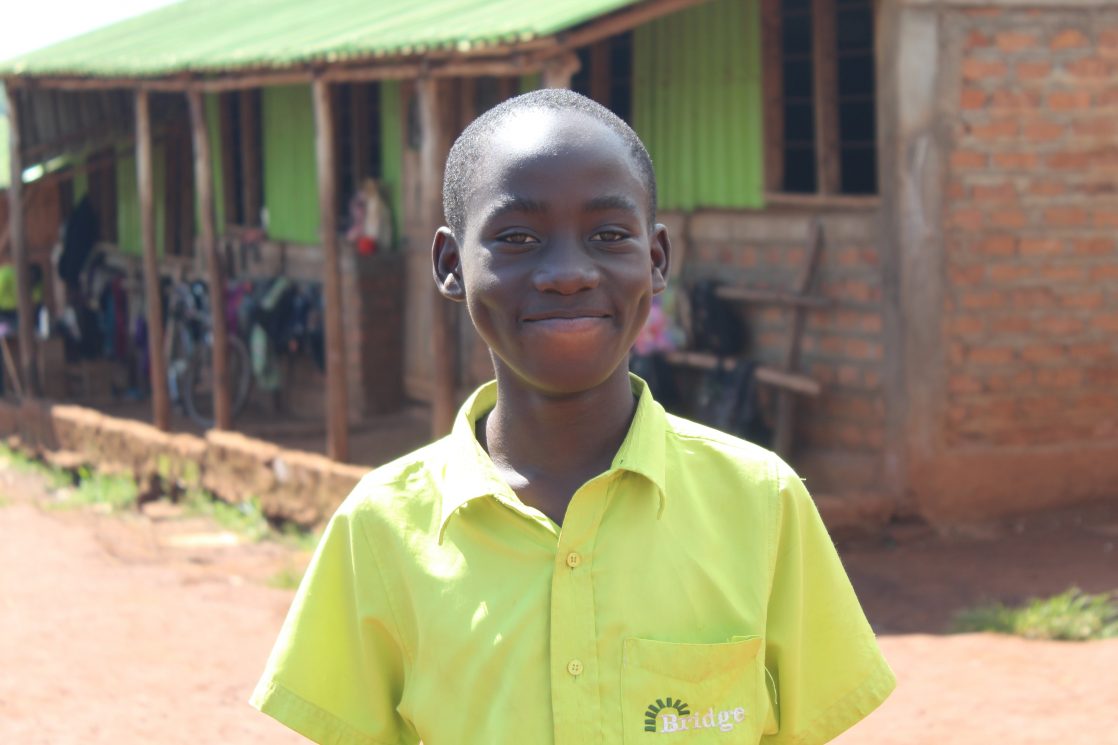 Ashiraf Muguya is a 12-year-old pupil from Bridge, Magamaga in the district of Mayuge which is in the eastern region of Uganda; the country’s most impoverished region.

He sat the national Primary Leaving Exam (PLE) in 2019 and scored 10 aggregate. The score puts him in division 1 – the best division possible; ranking him among the country’s highest performing pupils.

He joined Bridge because it was accessible to his mother who was struggling to find a good school for her son. “My mother decided to bring me to Bridge because my former school community was too expensive and she does not have a job.” he explains.

Ashiraf lives in Ddonga zone, with his mother. He likes his neighbourhood because the people are friendly. He  has responsibilities at home like fetching water and cleaning utensils.

Back at school he had responsibilities too. He was the sports prefect. He makes sure that the flags are raised and guides other pupils to sing the national anthem.

I speak english more fluently these days. This is because the school organised debates which improved my ability to speak better english.

The best thing about going to school for Ashiraf is that, with his PLE results, he will be able to get a job in the future and that will enable him to improve the wellbeing of his family.

His favourite subject at school was science. He says it is easy and interesting. Ashiraf wants to be a doctor; “I want to help pregnant mothers in order to reduce infant mortality.” he says.

“Maybe now I have been to Bridge, I can. I have benefited so much from it. The teachers are skilled and were always available to help us.”