Bridge graduates are celebrating in Uganda after surpassing their peers in the end of primary school exam. The strong results continue the Bridge trend set in Liberia and Kenya where children also outperformed their peers in independent tests.

The Primary Leaving Exam (PLE) in Uganda is the main government examination that all students sit at the end of primary school. The results determine if a child can progress to secondary school. Bridge pupils sat the exam for the first time and substantially beat national and regional averages.

Those who pass the exam are divided into four divisions, with the top performers in division one and the worst in division four. 93% of Bridge graduates reached Divisions 1 or 2, while nationwide only 56% of graduates scored in these top two divisions. 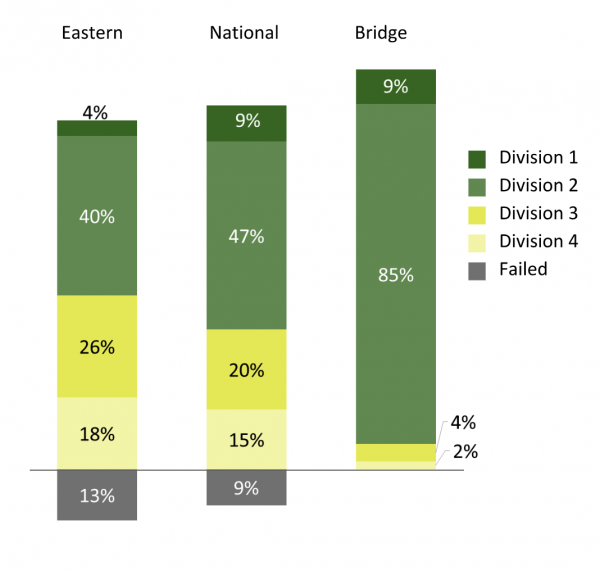 Overall, 100% of Bridge graduates passed the exam, while nationally only 91% passed. All Bridge pupils taking part in the exam were in the eastern region, where the average pass rate was 87%.

Bridge pupils now have above average, independent tests or national exam results in three different countries over the last six months: Liberia, Kenya and Uganda. In all these locations Bridge teachers use detailed teacher guides to improve the learning experience of pupils.

The top Bridge graduate was Dada Jane Nabutere, making her one of the nation’s top primary school graduates. She said, “I am so proud of my success and my parents are really excited! I worked really hard and had lots of help from my teachers so hoped that I could do well. I want to be a Civil Servant… and maybe even a minister one day. Now it’s possible and I would never have achieved this without Bridge.” 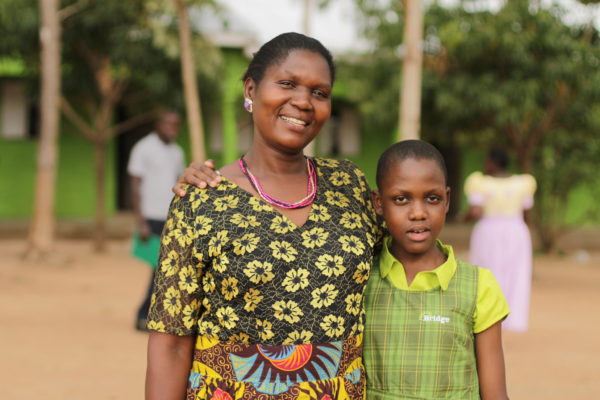 Dada’s mother, Getu Bambuya, couldn’t help but break down with tears of joy. “ I am so happy that my daughter has passed with flying colours. I had lost hope in educating my girl but when Bridge came to our community I got hope that one day my girl will be someone important in this country. I am  hopeful that this dream is becoming a reality.”

An excited Denis Isabirye from Bridge Bugiri could not hide his delight after he placed in Division 1 “This is the best reward that I can give to my parents. They worked so hard to make sure that I had a great education and the opportunity to succeed in life. I am so thankful.”

While poverty has fallen across Uganda, prosperity has been slower in the east. Not surprisingly, candidates in Eastern Uganda have historically underperformed on the exam. In 2017, only 87% of pupils in eastern Uganda passed the PLE, and 44% were placed in the top 2 divisions. Bridge’s pass rate was 13 percentage points higher than the eastern average, and students were more than twice as likely to be placed in Division 1 or Division 2.

Ogaba Bonny, a Bridge teacher from Magamaga, said, “We always believed in our pupils. From the time they joined Bridge, their academic performance was steadily improving. These results are an encouragement for us to continue to provide evidence based learning. The way we are supported with teaching resources and guides has made all the difference.”

Morrison Rwakakamba, Country Director for Bridge in Uganda said “This shows fantastic dedication and hard work by our teachers who are consistently delivering a life-changing education for children in some of the most challenging parts of Uganda.” 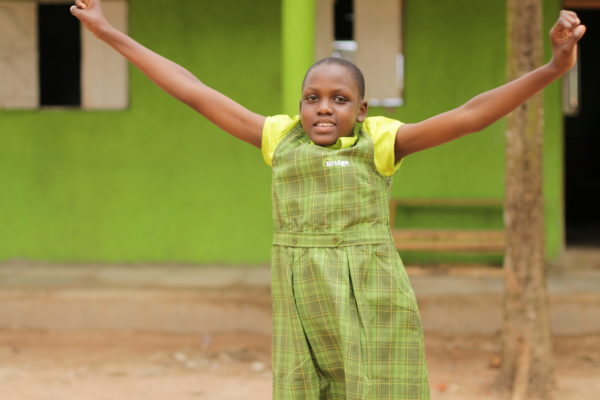 Mr. Rwakakamba also attributed the success to the great support from the government of Uganda, saying, “ We are grateful to the minister for Education Hon. Janet Kataaha Museveni for the support and encouragement that she extended to us throughout the academic year. With her passion and enthusiasm towards educating Uganda’s children, in partnership with the private sector, the future of this great nation remains bright.”

Girls were almost 2.5 times more likely to achieve Division 1 or Division 2 than their eastern Ugandan peers: 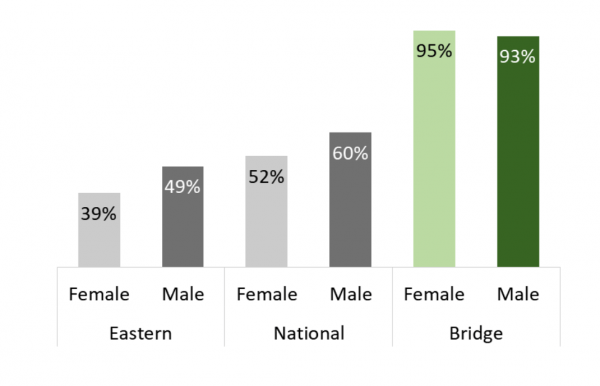 Bridge has been running schools in Uganda since February 2015, and uses the same successful teaching model that has been helping children in Kenya since 2009.